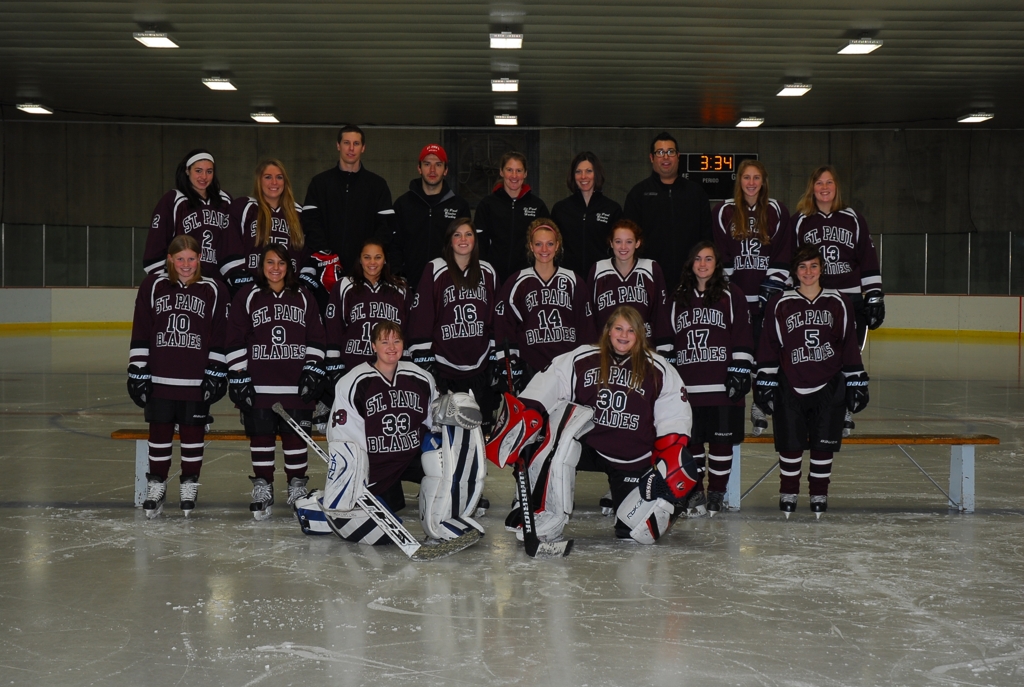 The St. Paul Blades are off to a strong 4-1-1 start, winning games against St. Louis Park, Simley, Tartan, and most recently against conference rival Minneapolis Novas.

In a hard-fought, penalty riddled game against the Novas, the Blades got off to a quick start and gained a 2-1 lead in the first period with goals by Brianna Ortiz and Kelsey Vandegrift.  The second period put the Blades up 4-2, with both goals going to Vandegrift to complete her hat trick.  The game ended in a 5-3 Blades win, with the fifth Blades goal going to Siri Berg-Moberg on a nice shot from the top of the circle.  Goaltender Molly Westfield came away with 23 saves on the game.

Next up is a tough conference match at Blake School on 12/4. 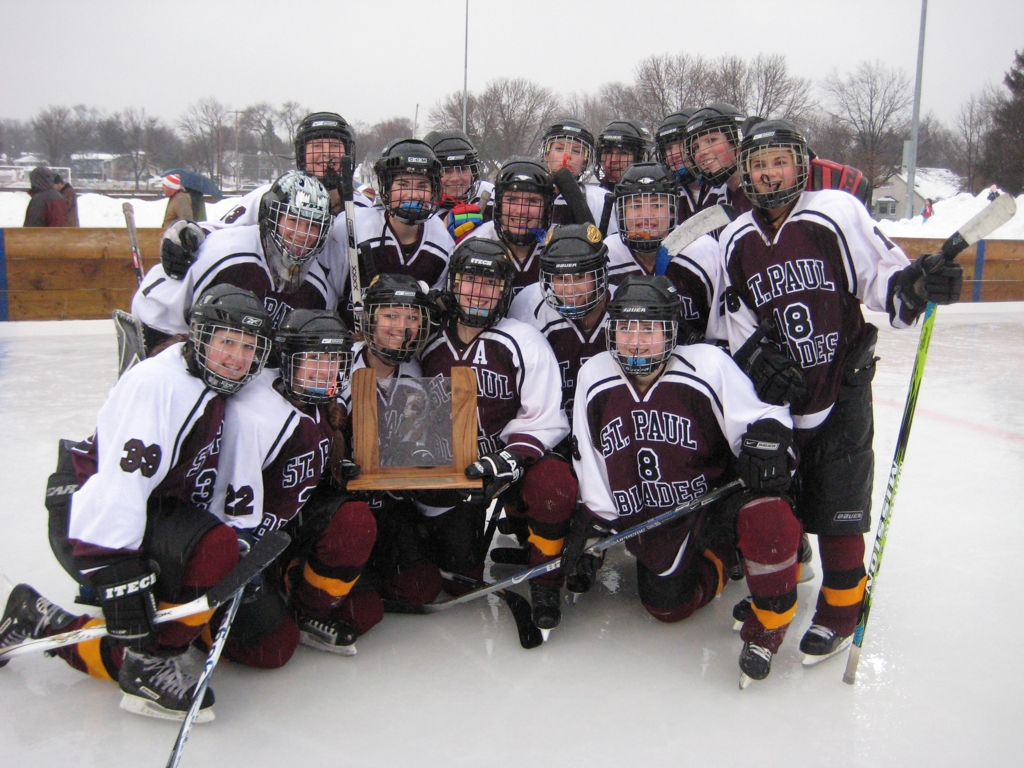