Madeline Wethington, a senior defenseman on the Blake School girls’ hockey team, was named the winner of the 24th annual Ms. Hockey Award by Let’s Play Hockey newspaper today at the annual Ms. Hockey Awards Banquet. The award, presented to the top senior girls’ high school hockey player in Minnesota, is based on the following criteria: academics, community/extracurricular activities, citizenship, coachability and, of course, on-ice performance.

Considered one of the top players in the nation in her age group, Madeline Wethington ranked fourth on her team in scoring with totals of 21-32--53 in 28 games, helping the Bears to the No. 2 ranking in Class AA. An elite defenseman, Wethington will graduate as one of the most decorated girls’ high school hockey players of all time. She won three state championships (2014, 2016, 2017) and one runner-up title (2015), and has been named all-state four times. Additionally, Wethington is a three-time gold medalist for the U.S. Women’s National Under-18 Team. She was the only high school player invited to train with the national team over the holiday break this season.

This season, Wethington posted 16 multi-point games and was held without a point just once in 28 games. She will continue her hockey career at the University of Minnesota.

“Madeline has been on the Blake varsity team since 7th grade and has been a standout every season,” Reid said. “Her dedication to self-improvement is unmatched. It’s been a lot of fun and a privilege to watch her continually grow as a player and person.”

Away from hockey, Wethington owns a 3.8 GPA and last year earned the Harvard Book Prize for the student who displays excellence in scholarship and high character, combined with achievement in other fields.

“Madeline is acutely aware of the opportunities she has received through the sport and has done much to give back to hockey,” Reid said. “She recognizes that the sport is bigger than any one person and that it is the individual’s responsibility to carry on tradition and success for the future generations.”

The other finalists for Ms. Hockey were forwards CC Bowlby of Edina, Izzy Daniel of Blake and Kelsey King of Elk River/Zimmerman, and defenseman Kaitlyn Kotlowski of Warroad.

The 24th annual award, selected based on votes from a panel of high school coaches and Division I and III college coaches from Minnesota and Wisconsin, is sponsored by Let’s Play Hockey, the Minnesota Wild, GoodWood Hockey and OS Hockey. 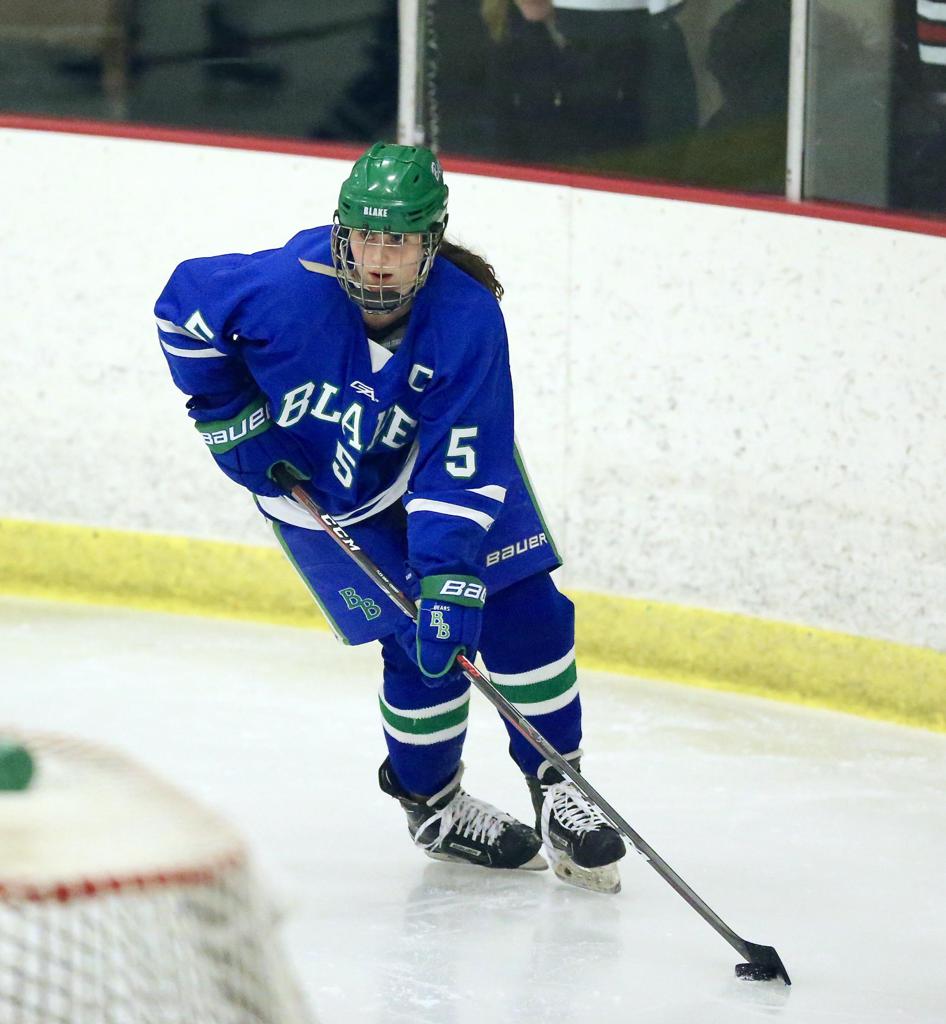