MINNESOTA PREMIER PREP GREEN SKATES TO INAUGURAL HIGH SCHOOL GIRLS NATIONAL CHAMPIONSHIP BELTZ FINISHED WITH TOURNAMENT-HIGH SIX GOALS AND EIGHT POINTS IN FOUR GAMES
By Brian Hall, 03/25/18, 1:45 p.m. MDT PLYMOUTH, Minn. – Coach Mackenzie Miller believed her Minnesota Premier Prep league girls hockey team would have another chance to get back together after their season ended in the fall.
At the time, Miller didn’t know how or when the chance would arise, but she had a feeling. USA Hockey presented the opportunity when it created a girls division for the 2018 Chipotle-USA Hockey High School Nationals. Miller and her team made the most of the reunion. Senior forward Ali Beltz had two goals and an assist, and goaltender Rachel Miller made 14 saves, as Minnesota Premier Prep Green beat Minnesota Premier Prep Black 3-1 in the inaugural girls high school national championship game on Sunday at the Plymouth Ice Center in Plymouth, Minnesota. “I couldn’t have asked for a better game for us to play in, and it means the world to these kids,” said Coach Miller. Beltz finished with a tournament-high six goals and eight points in four games. “It means a lot,” said Beltz, who earned All-State honors as a senior at New Ulm (Minn.) High School this past season. “It’s the first national championship for girls and being the first one to win it is pretty cool. It’s fun playing with this team. We bonded so well and it’s fun to get back together and win something huge like this.” The finals were the second meeting of the tournament between the two Minnesota teams, demonstrating the depth of talent in the state. The Premier Prep league has eight teams with a mix of girls from all around the state. The two teams met plenty of times during the fall season, as well, before the girls went their separate ways for the high school season. Sami Jockisch scored for Minnesota Premier Prep Black with an assist to Cassidy Motter. Goalie Emily Barrick-Benson made 17 saves.

“Having two teams from Minnesota (in the final) was really special,” said Annie McNeill, Minnesota Premier Prep Black coach. “Having it be in Minnesota, the state of hockey, it meant a lot and that was something we talked about throughout the tournament, ‘You’re playing for home state pride. You were born into this sport and this is your ice.’ We had fun. You could see it. “Every time you go into a game, you can talk tic-tac-toe all day, but I tell kids, ‘You have to have fun. If you’re not having fun, then you’re in the wrong sport.’” Beltz, who led the state with 62 goals and 94 points during the high school season, said she is undecided about where she will play in college. She demonstrated her next-level ability on Sunday. Beltz opened the scoring with 9:17 left in the first period. Jockisch countered less than two minutes later and the two teams were tied after the first and even with six shots each. Beltz struck again on the power play in the second as she cut across the slot and wristed a shot past the netminder with 8:11 left in the period. Sydney Paulsen had an assist on the play.
“She’s one of those kids that, from the start when I saw her in the fall and found out she was on my team, I was really excited to work with her,” Miller said. “I truly have seen the growth in her, not only on the ice, but off the ice. She’s a senior and she’s ready to get to the next step.” Beltz nearly scored again late in the period when she beat a defender and cut toward the net. All alone, she was dragged down from behind with 17.6 seconds left in the period. Emily Sabol scored on the power play early in the third for the final tally. Beltz carried the puck around the back of the goal and passed out to Sabol in the slot for a quick shot. Minnesota Green was 2-for-4 on the power play in the game. “I think it’s very important,” Sabol said of winning the first-ever girls championship at USA Hockey’s High School Nationals. “We’re all super-hyped up right now. We had a blast playing together.” 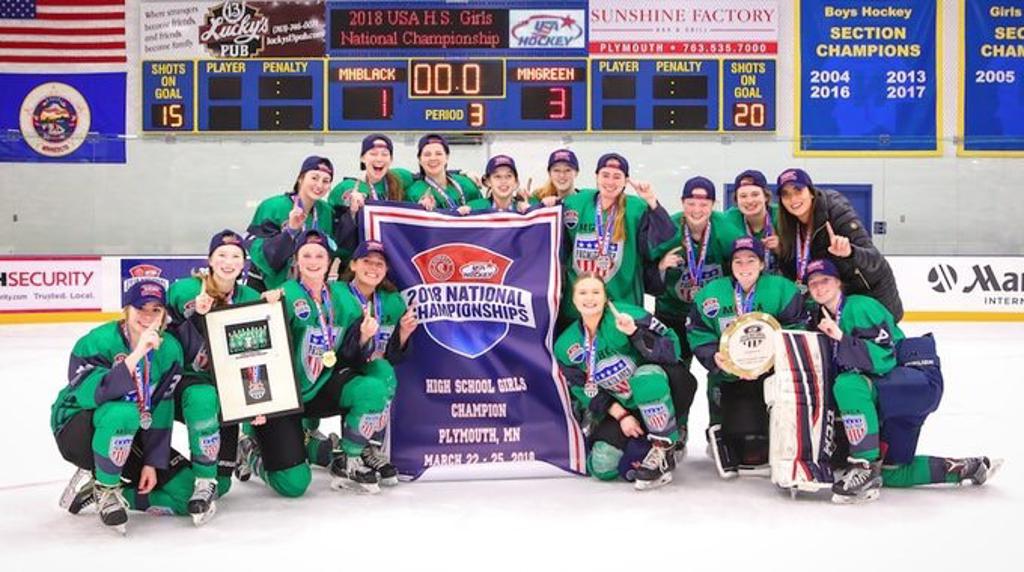 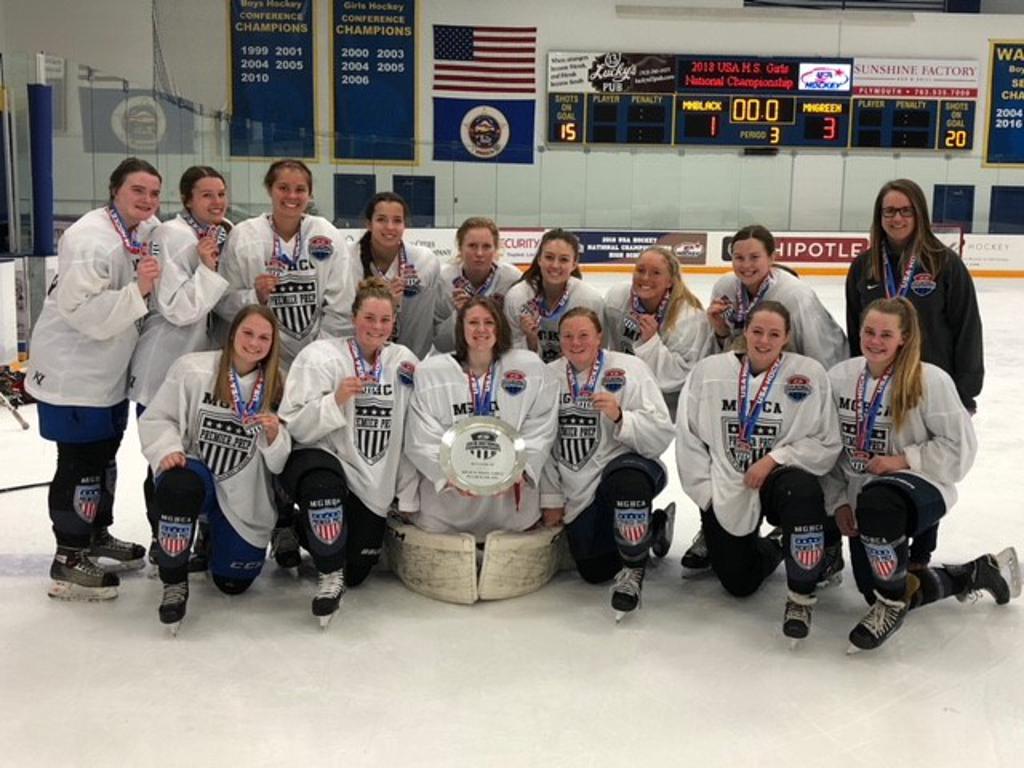