Does The Greater Good Matter Any More

There is a scene in the movie “It’s A Wonderful Life” where George Bailey’s Building & Loan is threatened by an impending bank run.  As he sacrifices his own honeymoon savings to his customers until the bank re-opens, Miss Davis exemplifies her unselfishness and concern for the greater good by asking for only $17.50 of her deposited money.  In the end her sacrifices and others were enough to keep the doors from closing.  This type of selflessness is essential to successful teams and productive causes.  It is also becoming rare in a society that encourages selfishness.

Examples of our short-sighted vision are seemingly everywhere.  Our laser focus that allows us to pick out a single tree among the forest or a lone guppy in the swarming school is blinding our ability to see the big picture.  The WIAA recently reported a thirty percent drop in officials from the previous year.  It is a disturbing trend that is literally threatening the existence of high school sports.  Without qualified officials there will be no WIAA sports seasons.  Despite this alarming decline there is an equally disturbing increase in abuse of officials by parents, fans, players and coaches.

I would presume that anyone that has been an official or understands anything about sports would know the difficult job officials do for us.  Our fascination with instant replay has convinced us that every call needs to be right.  It has also shown us the incredible value in seeing plays from many different angles, in slow motion and zoomed in “NBCee It”.  You have all seen a play on television and are certain they got it right or wrong only to find out in super-slow motion replay that you were wrong.  And if you have never been wrong, perhaps you should consider becoming an official.  Youth and high school officials see it from one vantage point, in regular time with no replays.  Quite frankly with those limitations they have absolutely no chance to get every call right.  My advice is stop thinking every call will be right and embrace the adversity when it doesn’t go your way.  For decades sports survived without replay.  The human errors by officials were no different than the mistakes players and coaches made every game.  Stop expecting officials to be perfect and demonstrate your maturity and understanding of the game and the fact that every call made is seen from many different viewpoints.  As I have said in the past, drink more coffee, it tastes better than the foot you stick in your mouth every time you criticize an official who is allowing your child and their team to keep playing the game we all love.

Alongside the exodus of officials is a similar pattern of coaches leaving the game.  Based on my unofficial count, the attrition rate of coaches on the boys side averages about 15-20% per year and over 30% on the girl’s side.  The most disturbing pattern in the coaching carousel is the number of young coaches that are quickly run off by parent firing squads.  Coaching has always been a very challenging profession, but over the past decade the expectations and responsibilities have skyrocketed.  And the spotlight each coach stands under has been turned up.  While I might disagree with some of the expectations we are now putting on coaches I would agree that many of the changes are for the better.  The issue I have is the intolerance we now have with unavoidable mistakes or misjudgments that young coaches will inherently make.  Like any difficult job, there is a learning curve and not allowing these young coaches to gain experience is a mistake in itself.  Few people step into the coaching arena and get everything right from day one.  After forty plus years of coaching I still don’t get it all right.  Pushing the panic button on a young coach may end the coaching career of someone who with some patience and guidance could have been a great coach.

Like our snap judgements on officials calls, why are some always so certain that they are right?  Thankfully for me I survived two Gene Hackman/Hoosiers type parent meetings intended to end my coaching stints in two different places.  Each time the squeaky-wheel parents were abruptly silenced by those that could see past my mistakes to the overall vision I had for the program.  The “greater good” of the program won out over the selfish interests of parents whose kids weren’t getting enough playing time or couldn’t maintain the program’s high expectations.  Looking back, I am very thankful for my athletic directors who stood up for me in both places.  In Stoughton right now their WIAA girl’s program has weathered a group of “unhappy” parents that have formed a WAHA high school team because of their displeasure with a coach.  It is a dangerous precedent that could have serious implications on the future of WIAA girl’s hockey.  Stoughton athletic director Andie Alexander assured me that they will have a WIAA team.  Regarding the formation of the WAHA team she said, “It is an unfortunate situation but frankly out of our hands.  We need associations to work together to encourage high school players to play with their high school team, and this was not one of those cases.”

Coaches, like future bosses and current teachers, cannot adapt their styles to fit the needs of every individual player.  There are too many different personalities.  The intent of teams is for the individual to sacrifice their agendas for the greater good of the team.  At some point we have forgotten this essential component of a successful team.  Parents who are continually fighting for what is only best for their child are in direct conflict with a coach who must do what is best for the team.  You are putting your child in a bad situation when you believe the team should revolve around them.

My last plea to see the forest through the trees pertains to WAHA youth hockey.  For years now the debate regarding girls playing on boys teams has been intense.  For many girls jumping back and forth from year to year is a set pattern based on the strength of teams.  Left in the dust are girl’s teams that suddenly don’t have enough players.  Those left behind must choose between playing with the boys or often traveling to other rinks and forming co-op teams.  Some choose neither and walk away from the game.  It is a practice that is slowing both the quality and growth of girl’s hockey.

The motivation for many is the belief that girls playing with boys will make them a better player.  I don’t doubt that for some that may be true, but my experience has shown me that more often it is detrimental.  Let me preface this debate by saying at the mite level let them all play together much like many other sports do.  Beyond that beginning, the split should occur.  Once the biological differences begin to manifest themselves, why do we believe it is a sound practice to keep them playing together?  In a society that looks to protect children in any scenario, why is this still happening?

The physical mismatch that eventually occurs should be reason enough to stop this practice.  Beyond that, the opportunity for a girl to build confidence while playing with the boys is almost impossible.  Too often the puck skills of girls don’t develop because they are often shunned by their male teammates when it comes to sharing the puck.  Again, there are exceptions to every rule, but the problem is every parent thinks their daughter is the exception.  For me the negatives outweigh the positives when it comes to girls playing with the boys.  Surveys support the fact that most girls would rather play with girls and most boys, if being honest, would prefer not to have girls on their team.  Girls are also more likely to continue playing when they play on girl’s teams.  With those facts in mind, it is most often the parents making this decision and not their daughters.  Admittedly, my opinion is influenced by the tremendous success my twin daughters had while playing girls hockey all the way through.

We have drifted a long way from JFK’s famous inaugural address when he challenged all Americans to contribute to the greater good, “Ask not what your country can do for you, ask what you can do for your country”.  It was true in 1961 and it is true today. 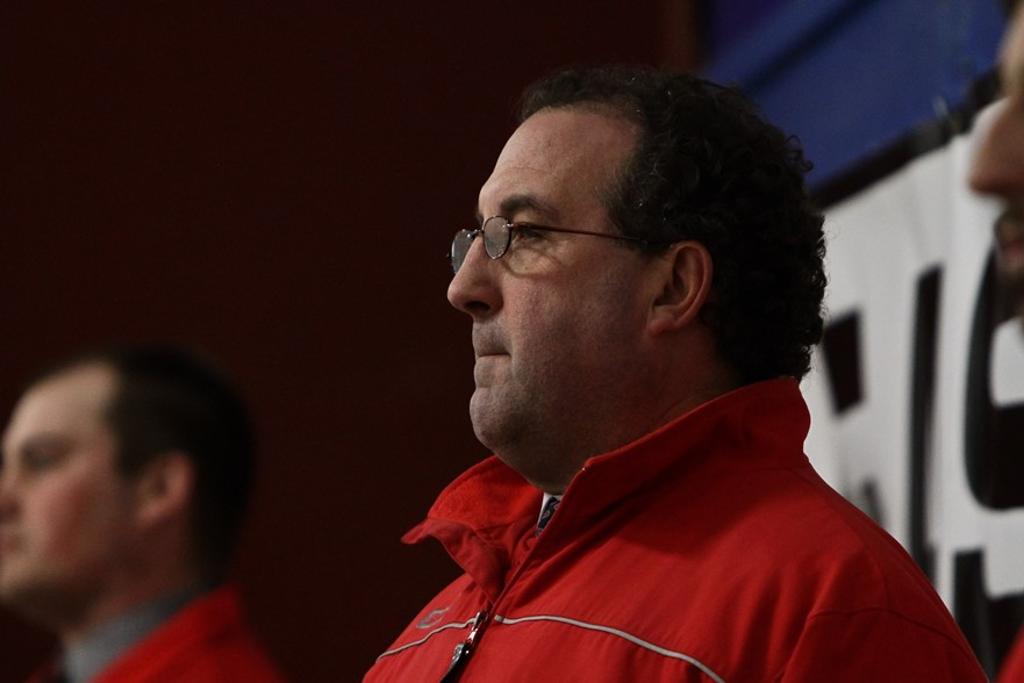 Dan Bauer is a free-lance writer, retired teacher & hockey coach in Wausau, WI. You can contact him at drbauer13@gmail.com.