The five finalists for the Senior Goalie of the Year Award were announced by Let's Play Hockey Monday.

Leah Bosch of Hopkins/St. Louis Park, Hannah Fritz of Cretin-Derham Hall, Maggie Malecha of Northfield, Kendra Nordick of Warroad and Abby Pajari of Proctor/Hermantown will vie for the coveted award which will be announced Sunday at the annual Ms. Hockey Banquet.

The five goalies emerged from a list of 12 semifinalists and were voted on by a panel of high school and college coaches.

The five netminders have combined to play more than 6,259 minutes between the pipes and have a combined goals against average of 1.80 and a combined save percentage of .937.

The Ms. Hockey Awards Banquet begins at 11 a.m. Sunday at Inwood Oaks in Oakdale. Tickets (which includes a program and meal) can be purchased by calling Let's Play Hockey at 320-333-3279 or e-mailing bryan@letsplayhockey.com.

Former Olympic Gold Medalist Karyn Bye-Dietz will be the keynote speaker. The event will be emceed by NHL/MN Wild correspondent and co-host of the Bardown Beauties podcast Jessi Pierce.

The event is co-sponsored by the Minnesota Girls Hockey Coaches Association, Let's Play Hockey, Tradition Companies and the Minnesota Wild.

Bosch is a four-time all-conference player and a four-time Team MVP. In her career she has eclipsed 3,000 saves.  She has faced almost 1,000 shots this year alone and has a stellar .925 save percentage. She is currently undecided on her hockey future.

Coach’s Comments: "Leah has been our team MVP for 4 seasons. She will finish her career with 3,000+ career saves. More impressive is the quality chances (Grade A, Odd Number Rush, Breakaway, etc) she turns away on a nightly basis. This season is statistically her career best (and one of the top in the state) while seeing 44 shots against on average. She is a one-person breakout when the puck is dumped in, connecting stretch passes to teammates in the neutral zone. Compete level is off the charts."

Hannah Fritz has started most varsity games for  the Raiders since she was a sophomore and has been stellar throughout. She has been a member of the Midwest Elite League for three years, was a participant of the U15 National Camp, selected to the Minnesota High Performance Camp, and finished last season with a save percentage of .945. This season she has faced 773 shots and posts a .930 save percentage. She will continue her hockey career at St. Olaf.

Coach’s Comments: “Hannah is one of the best goalies in the state. She is very talented and possesses a very strong work ethic. Her attitude is very optimistic and shows up in her high level play every game and practice. She is a student of the game and the goalie position. Hannah has worked with goalie coach Nora Raty for many years to develop her game. She is constantly working at improving and getting better. She has put in the hours it demands to become a very complete player with an extremely high skill level. She makes great shooters and scorers look average because of her positioning and always being set and ready to block their shot. She has phenomenal self discipline and focus.”

Maggie Malecha will be a three-time all-conference selection and a five-time letter winner for Northfield HS. She participated in the Elite League and also was a member of the Jr. Whitecaps. She has been between the pipes for 71 games in her career and this season has led her squad to a 19-5-3 record. She has 648 saves and a 1.42 goals against average to go along with a .944 save percentage and seven shutouts She will continue her hockey career at the University of St. Thomas.

Coach’s Comments: “Maggie is an incredibly special young woman. I cannot say enough good things about her. Maggie not only succeeds, but she excels in all facets of her life. She is an exceptional student, extremely talented goaltender and athlete, and her character and leadership traits are unmatched. Maggie brings an amount of leadership to our team and program that will be irreplaceable. Maggie has made a huge impact on her teammates, coaches, teachers, youth players and many other members of the Northfield community. I constantly have people in the community telling me about how amazing Maggie is and has been for their daughter as a youth hockey player.”

Kendra Nordick has been a mainstay between the pipes for the Lady Warriors who have held the top spot in the LPH rankings most of the season. She is a three-year varsity letter winner in a competitive program. She is a two-time state champion at the 14U and 12U levels where she played youth hockey in North Dakota. She has played 56 games for Warroad and was an all-state recipient last season. This year she has continued her stellar play with a 19-3-1 record, 1.08 goals against average and a .939 save percentage.

Coach’s Comments: “Kendra Nordick exhibits a positive presence both on and off the ice. Kendra is always willing to help others, young and old alike. Kendra supports her peers through the respect and recognition she gives for their successes. Kendra is found modeling kindness, a disciplined work ethic, dedication to sport, and a focus on team success among her teammates. Her teammates enjoy her fun-loving, generous personality. Kendra is known for bringing smiles into many conversations. Her determination and humble demeanor is notable.”

Abby Pajari knows what it’s like to be on top having raised her arms in championship fashion last season when Proctor/Hermantown defeated Gentry Academy for the Class A title. In doing so she also set a single-season record for goals against average, save percentage (.954), shutouts (8) and minutes played (1,1:00). she also holds the school record for career wins and shutouts. This season she is 18-7-2 with five shutouts, a 1.24 goals against average and .946 save percentage.

She will continue her hockey career at UW-Superior.

Coach’s Comments:  “Abby is a very special player who brings an extremely competitive edge every day. She has earned her stripes over the last three seasons with the Mirage HS program breaking almost all of our program records for goalies. She is just over 5 feet tall, but plays so much bigger than she is and demands the crease. She is also a Type 1 Diabetic, so she doesn’t have the luxury to just show up and play every day. She has extra responsibility to make sure that her health and blood sugar levels are in the range she needs them to be in to perform, which is very difficult and adds more stress to her preparation.”

12 Semifinalists named for SR Goalie of the Year Award 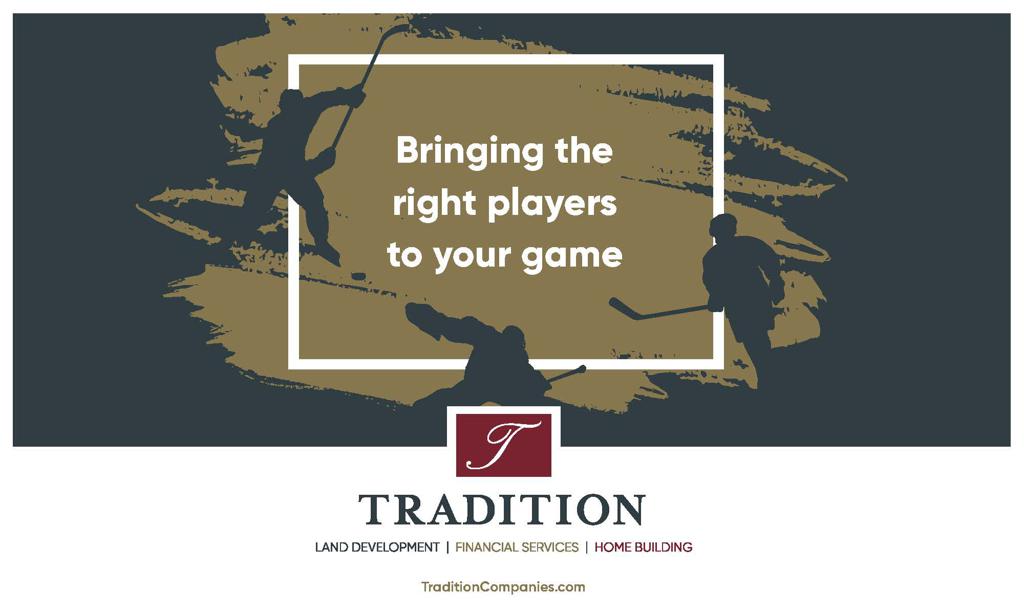 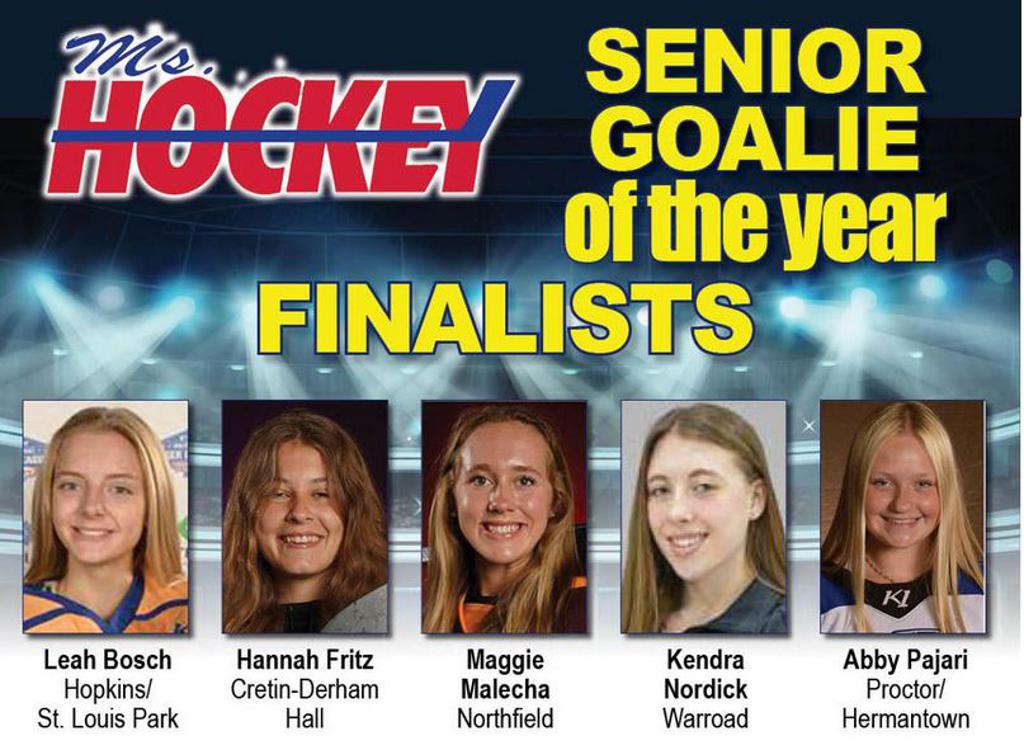